The Wade Rain Powerroll System is commonly known as a wheel line mover or just ‘mover.’  It is a gasoline powered device that moves an irrigation line across a field.  It’s the red and yellow device you can see in the photo below.  In this article I’ll explain a bit about the transmission system and, particularly, how to change the fluids. 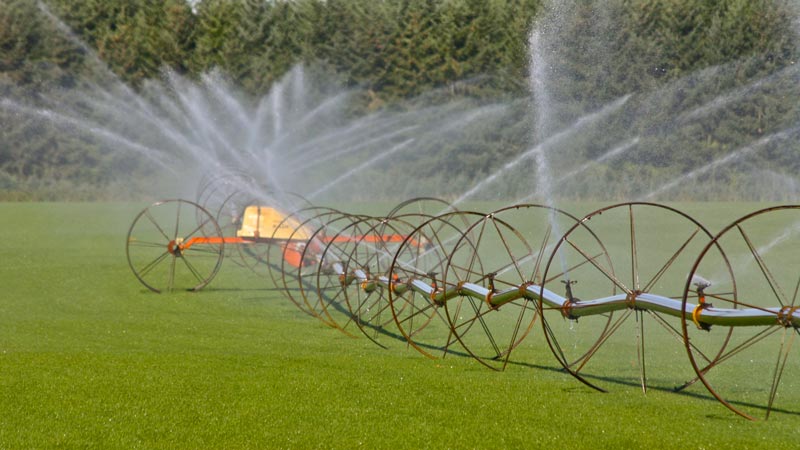 Changing the Fluid in the Reduction Unit 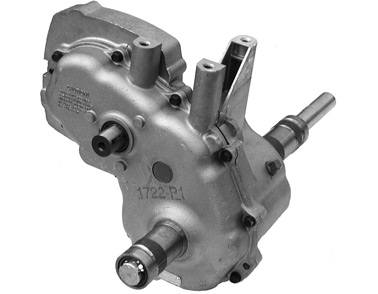 Changing the fluids in the reduction unit is fairly straightforward there is a drain plug at the bottom and a fill plug just above the axle, about midway up the unit.  The simple steps:

That’s all there is to it.  Since the fill hole is small,  you may need a small funnel to get the oil in there.

Changing the Fluid in the Transmission 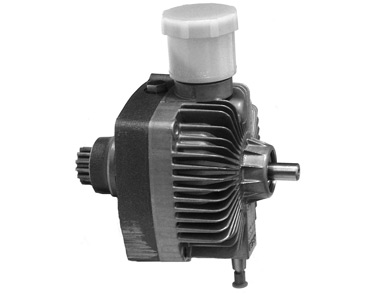 Well, the transmission is mounted in such a way that it’s pretty difficult to see the bottom of the unit.  However, even when I got in there with a flashlight and felt all around with my hand,  there was no drain hole to be found.  The only ‘hole’ in the bottom is for the control lever connection.  I’m thinking that perhaps removing the control lever would allow the fluid to drain out there.  The other possibility is a bolt on the top of the transmission, that looks like a fill hole.  Perhaps the fluid could be pumped or syphoned out of it.  Whatever the solution,  my transmission is clearly older and somewhat different from the newer version, pictured here.

One option is to remove the transmission and dump out the old oil.  That is a little difficult.  First, one must separate the transmission from the reduction unit.  They are bolted together.  The bolts can be easily removed,  but there is a seal between the two units that, basically, glues them together. Hammering on the one point where you can hit one side without hitting the other might work for you, but it didn’t for me.  Another option is to hammer a cold chisel into the seal, forcing the sides apart.  I passed on that since it seemed way too easy to damage the metal faces of both parts.

Ultimately, I came across a syphon tool at Walmart for less than $4. It has a bulb between two plastic tubes so a syphon could be started without sucking up oil.  The tubing is small enough that I could get it to the bottom of the unit through the fill hole.  This way I was easily able to drain the old oil into a bucket for recycling.

So it’s not difficult to change the oil in these units, once you figure it all out.

The original engine on my mover lost it’s magnets in a noisy episode awhile back and I replaced it with a used version of the identical engine. That engine is now smoking and generally misbehaving.  My next story will be about replacing the engine with a brand new one – cheaply.