Global Creations had its genesis in a company we, Jerry and Trish Haugen, developed to produce a monthly newsletter, on paper, for growers of specialty and exotic mushrooms. The Mushroom Company was formed in early 1992 and the first edition of The Mushroom Growers’ Newsletter went out in May of that year. The newsletter started as a four-page publication for the fledgling oyster mushroom industry in Southern Oregon and Northern California. It rapidly grew and now serves subscribers all around the world. The monthly four-page format has grown to an eight or ten page format.

There is a great deal of information for mushroom growers scattered around the world-wide-web so, when we got our first internet service provider in Klamath Falls, we purchased the mushroomcompany.com domain and put up a site designed both to introduce people to The Mushroom Growers’ Newsletter and to offer a variety of online information to mushroom growers and potential mushroom growers. Shortly after that site went up, the U.S. Forest Service got organized with the “www.fs.fed.us” domain and the Winema National Forest decided they needed a web site.

Jerry was uniquely positioned to create and manage the Winema National Forest site. First, he was a full-time employee of the Winema National Forest with responsibilities for computer analyses and data base development. Second, with the experience he gained with the Mushroom Company website, he had the skills needed to get the Winema site up and running very quickly. The original site ran a standard non-frame set of pages in parallel with a frames-based site that improved navigation, but stymied some old browsers. The whole thing was operational in a couple of weeks. When time permitted, he was never relieved of his other duties, Jerry redesigned the site to eliminate the need for a parallel site and to improve functionality and ease of maintenance. A few years later the Forest Service spent over $1,000,000, we’ve heard, to develop a web template that is now used across the agency. Jerry continued to maintain portions of the Fremont-Winema National Forest’s website until his retirement from the Forest Service in 2008.

Another of Jerry’s duties with the Forest Service was “Rural Community Assistance Coordinator.” He worked with rural communities to help them survive the loss of hundreds of timber industry jobs. He worked closely with the non-profit Klamath County Economic Development Association (KCEDA). Over the last several years, KCEDA has been working to improve the attractiveness of this area to heavy users of telecommunications. During 1999 they needed someone to help coordinate telecommunications activities and to develop some websites. They forged an agreement with the Forest Service so they could purchase some of Jerry’s time to perform these tasks. Jerry developed a number of sites in consultation with the various benefitting groups. After many years, this project was abandoned. 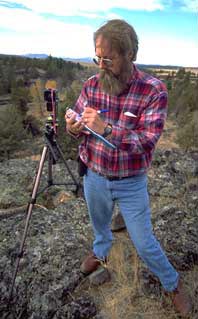 In the course of developing these websites, Anders Tomlinson (anderstomlinson.com), a local artist, photographer and videographer, suggested a concept called the “Virtual Klamath Basin.” This concept was broad. In general terms it was a means of highlighting the online businesses and the area in general. One of the sites Jerry developed for the South Central Oregon Telecommunications Consortium (Our Connected Community – no longer maintained) indexed local websites and was a start to the virtual basin concept. Carrying the idea further led to the notion of creating a web-based virtual basin using QuickTime Virtual Reality technology (QTVR) from Apple Computer. Since creating a virtual basin is a costly and time consuming process and since few people understand the promise of this technology, Jerry suggested that the Winema National Forest get the ball rolling by developing a virtual Winema National Forest. This idea received support at the agency, so Jerry began planning the site and collecting the needed photography. Since he was never relieved of any of his other duties at the Forest Service, he began developing his expertise on his own time by creating a few panoramas for the Virtual Klamath Basin. As Forest service budgets declined and more employees were released, detailed to other jobs or moved to other locations, Jerry was assigned more and more tasks. The Virtual Winema project died. 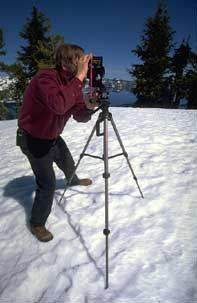 During the winter of 1999-2000, we decided to further develop our expertise with QTVR technology and create a firm, called “Global Creations” that has developed into our retirement project. Since then, we acquired the necessary hardware and software and developed our expertise with virtual reality photography, digital movie production and post production work, all the while improving our web engineering capabilities. A very special tour of the Volcanic Legacy All American Road was a showcase of our capabilities in the virtual reality arena from many years ago.  If your browser says something like “Missing Plugin,”  you need to find the Apple Quicktime Plugin and install it.  On Macs it is already on your computer at Library/Internet Plug-ins/Disabled Plug-ins.  For Safari, drag nsIQTScriptablePlugin.xpt and QuickTime Plugin.plugin into the Internet Plug-ins folder, quit Safari and restart it.  The site should then work.  There are newer ways to display this kind of virtual reality on the web,  but we probably won’t be updating this site any time soon.

In the last few years, our efforts in virtual reality have been set aside as the demand for our web engineering expertise has grown rapidly and our focus has shifted. Jerry retired from the Forest Service in January 2008 to put more energy into Global Creations. Jerry also got back into outdoor activities, a joy of his since grade school, and decided to chronicle his adventures in an eMagazine.

EXPLORE! The eMagazine for Adventure and Exploration

EXPLORE! is available free and is funded by the ads you will see there. Its business model is similar to a paper magazine that is supported by ads except that:

When this project began in early 2010, we reorganized by forming Global Creations LLC with The Mushroom Company and The Mushroom Growers’ Newsletter under it.

We will be continuing our website work with a tighter focus on leveraging open source systems, rather than developing custom systems, to help individuals and businesses reach their goals. Online stores are most in demand as small business seek to expand their markets across the country and around the world. Other clients want to maintain and update their websites on their own even though they lack expertise in hypertext markup langage and the other technologies involved. We help them get started by setting up a content management system and design that matches their needs – then we provide help as they learn to manage their new site. As always, we intend to keep producing highly functional websites that operate in all browsers on all platforms, including mobile devices like iPhones. See the rest of this site for examples of the type of work we can do for you. In addition, we will be growing Global Creations Explore! The eMagazine for Adventure and Exploration.